Here are some facts.  I did receive that huge thoracoabdominal incision.  I have posted the picture on this site.  It starts on my back, comes around my left side underneath my left breast and at my sternum, travels down through my belly button.  I had a LOT of staples.

I also had drain tubes, chest tubes, j tube and lots of IV’s.  BUT the surgery was considered a success.  My stomach was back in my chest cavity and had actually scarred to my chest wall and esophagus in places. It did not have great blood flow at the time but the hope was that releasing it and placing it back into the abdomen would resolve that.

In order to gain access to all necessary areas during surgery I had a partial 5th rib resection and I have 4 plates and 12 screws in other ribs that had to be cut.

I was “awake” these days but I do not have any recollection of them due to the amount of drugs I was receiving. 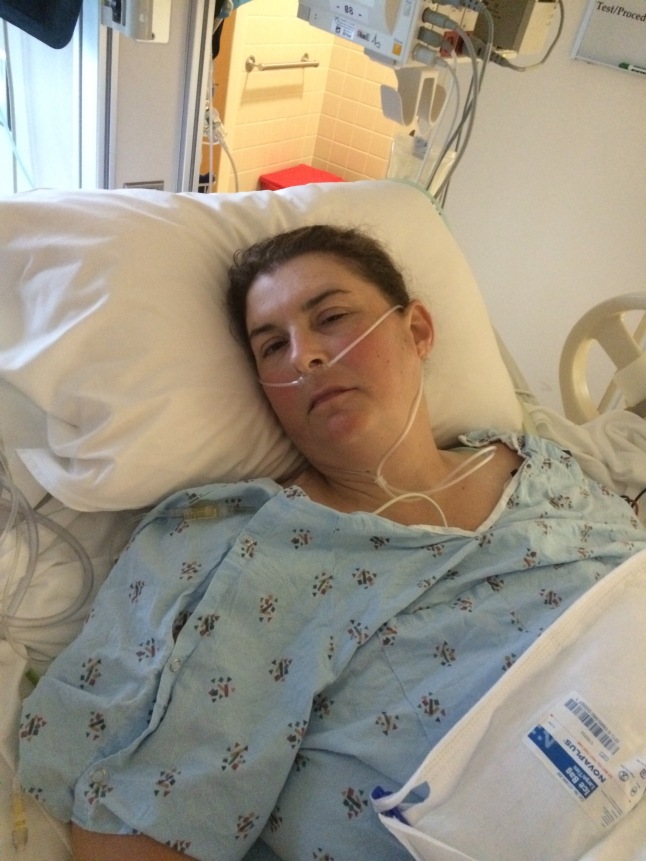 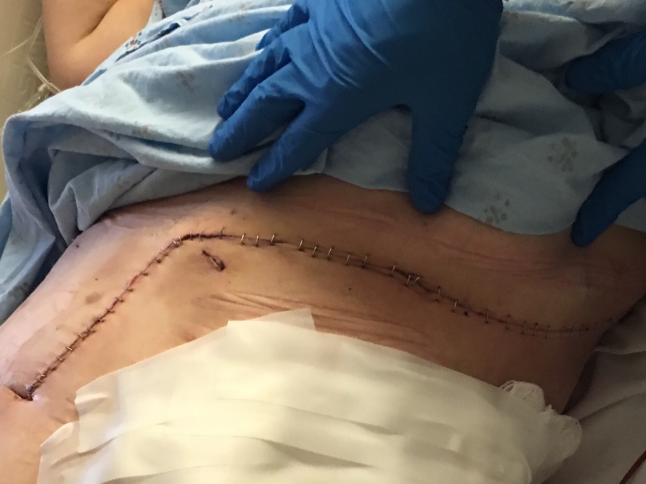 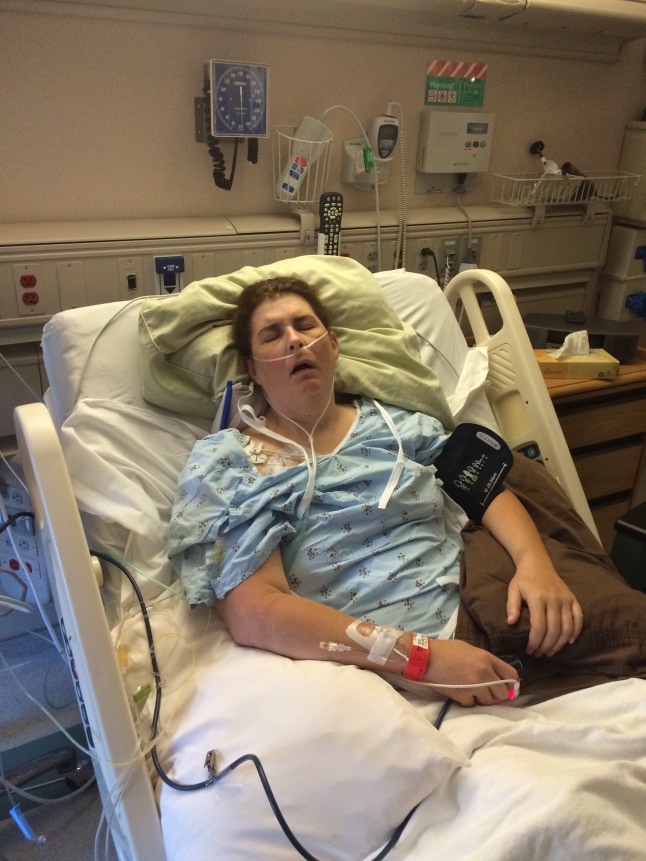 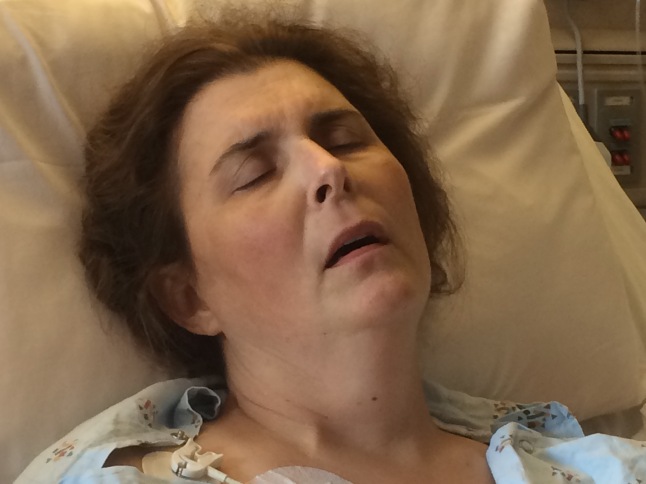